A new version (1.7) of Egg Tracker for Pokemon GO has just been released on Google Play.

It contains the new 7km Alola eggs so you can continue to keep track of all your hatching. Please note that since these eggs are not received from stops and gyms, they will not count towards total and/or stop %s.

The new versions brings a localized information message at the first run (for people who have not read the application description), the possibility to add new Pokestops directly from the Handle Pokestops view and hatching rarity information. 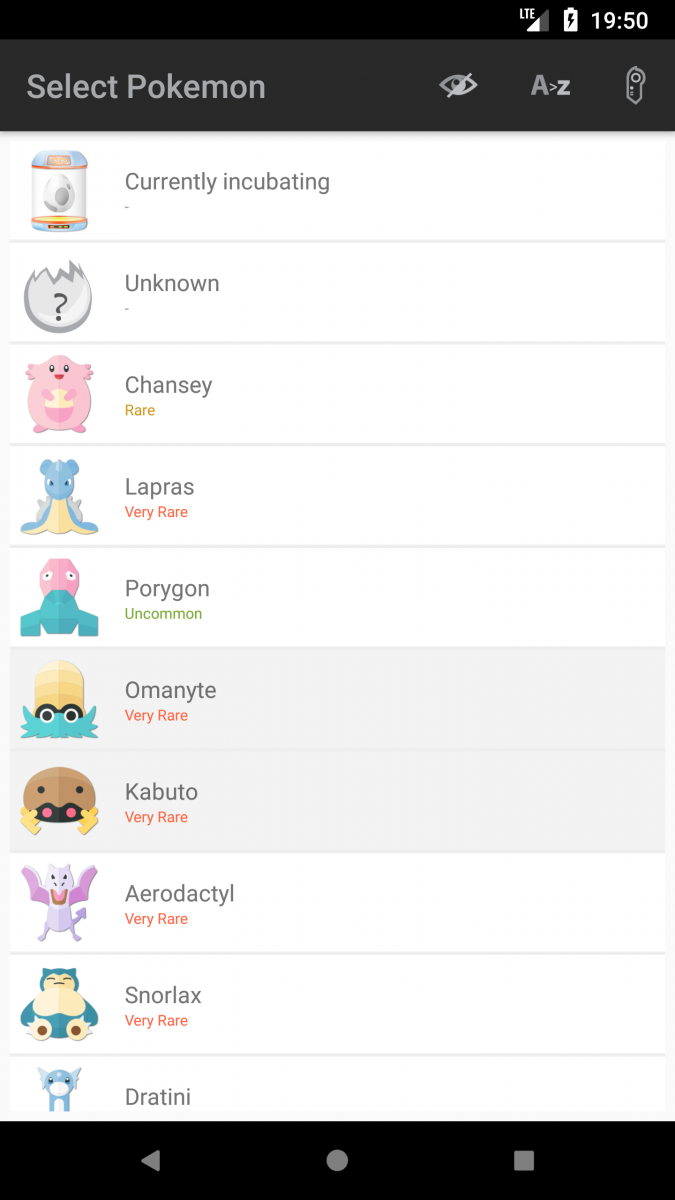 An updated version of the application (1.3) has been released on Google Play.

The fix solves a potential crash bug when you go to add a new egg, then leave the application in the background for an extended period of time (resulting in the memory of Egg Tracker being cleared by Android).

The issue would only happen when adding a new egg, not when editing an existing one.

A new update expected soon to include possible changes to egg hatching (due to the 2nd gen3 release).

Generation 3 hatching statistics have been published on various sites online, and the application has been updated and published on Google Play. It is currently pending publication, more information as soon as it is fully published!

Due to this announcement

The guys over at http://theartificial.nl have kindly added the entire collection of generation 3 Pokémon so the application has been updated with all the new images, in preparation for the gen 3 release!

Screenshots for the Google Play store page have been created and uploaded, so the release checklist is getting worked through step by step 🙂

Testing in different API versions and resolutions has lead to a couple of final tweaks in layouts, drawable resources and helped determine a baseline resolution/DPI for the application.

Some final tweaks are underway.

Google Play Games has been updated to accept the release keystore, image resources have been imported in misc sizes (to avoid runtime rescaling) and layouts updated, Play Console application information and graphics updated, and so on.

Make sure to check out the The News section.

It will be updated periodically with information about application development progress.